You are here: Home / Do It Yourself Home Project Ideas / Ikea Butcher Block Countertops 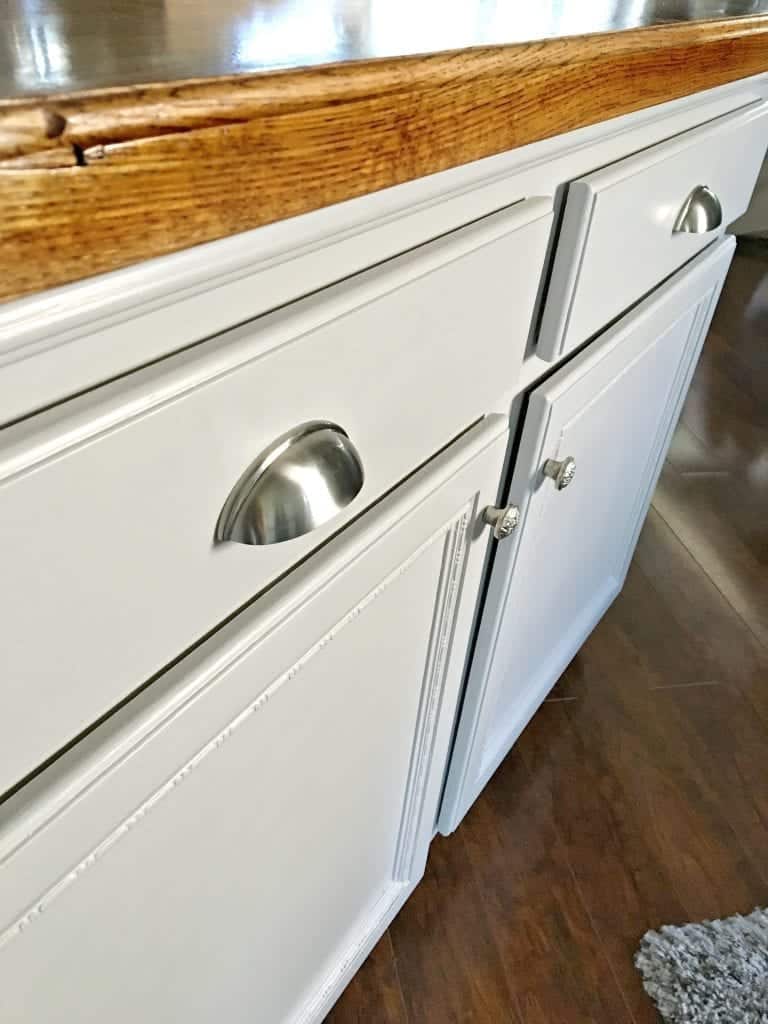 New hardware on the kitchen island

We edited or repurposed the island because the riginal island was high, uncomfortable, and only had a tiny 7″ countertop for where the kids could eat. It had white drywall on one side filled with scuff marks. And blocked the view in-and-out of the kitchen, and to boot, NO ONE EVER SAT THERE!

The kitchen island suffers from a long and sordid past. It suffered the most from my lack of vision. So brace yourself for many surprisingly ugly iterations of our kitchen island photos before our DIY Ikea butcher block countertops were installed. (Embarrassing pictures ahead). I admit to being in a DIY learning curve – but if nothing else, it will make you understand that we all have to start somewhere when it comes to enhancing our DIY skills! 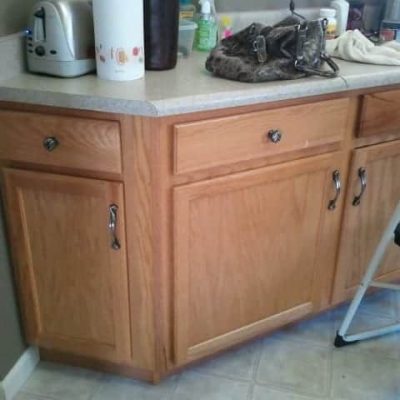 Before: The original junk collector in 2012 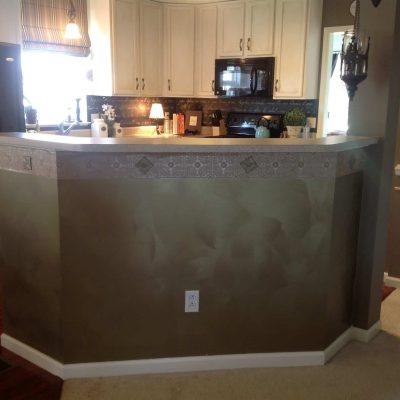 Before: The unfortunate paint and wallpaper incident (what was I thinking?) 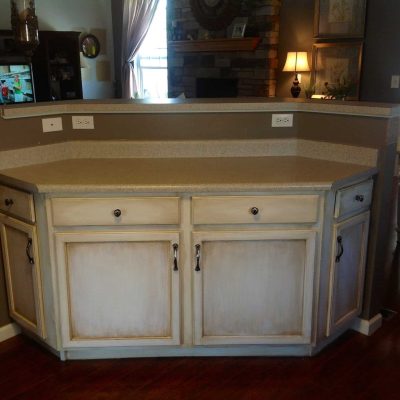 Before: but this is “after” my first attempt at painting cabinets 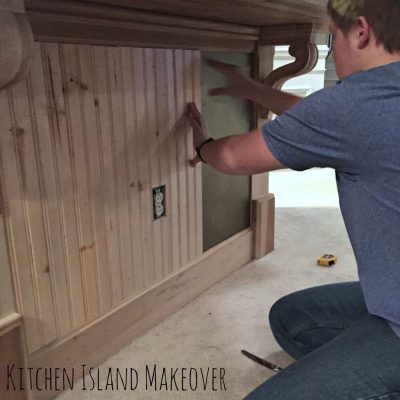 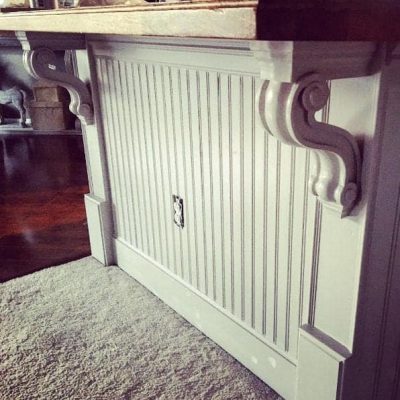 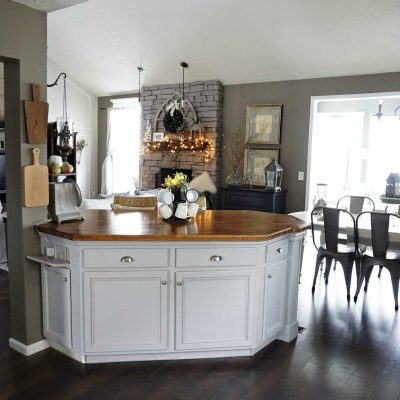 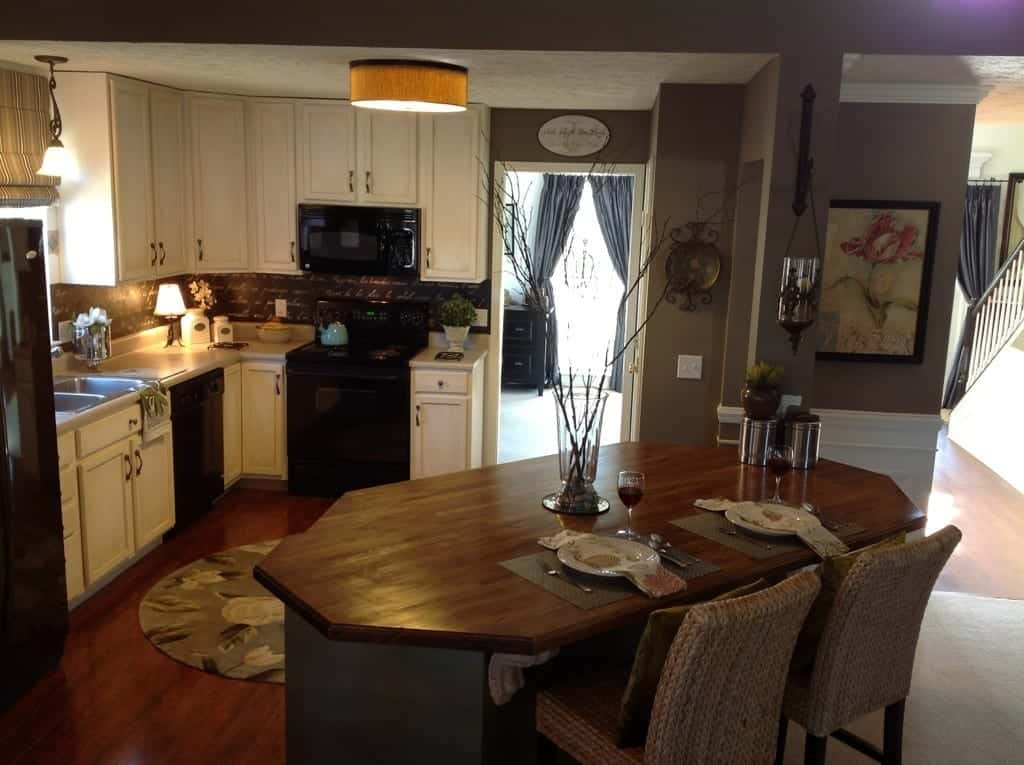 My initial budget for a new island and full kitchen remodel was $1500. So here is what we accomplished.

Back then I was on an extreme budget, I seriously wanted to redo my entire kitchen for, ahem, *less than $1,500* (don’t laugh). But in the world of kitchen remodeling, I realized that no licensed contractor shared my vision nor would they discuss any creative workaround to help me accomplish my goal.  So DIY it is! To save money, we only replaced the island countertops and left the rest. So off to Ikea we went (130 miles one way) to purchase two of Numerar Walnut Butcher Block countertops.

At the time we leveled the island, this is what we started with.

Our goal was to make the island level and extend it so we had more leg room.

As far as the demolition, I of course have no photos of that process. But to explain what we did…first we shut off the power completely to the island. Then used mallets to pound (upwards) on the island countertop to remove it. Then just hammered away the drywall.  The studs were cut down using a tool called Sawz-All until it was completely level.  We then had to patch and repair the drywall that was attached to the island.

We made a template out of cardboard, and tested the legroom with our tiny chair…15″ overhang. Much better!

And…after the demolition, our view into the family room definitely improved… 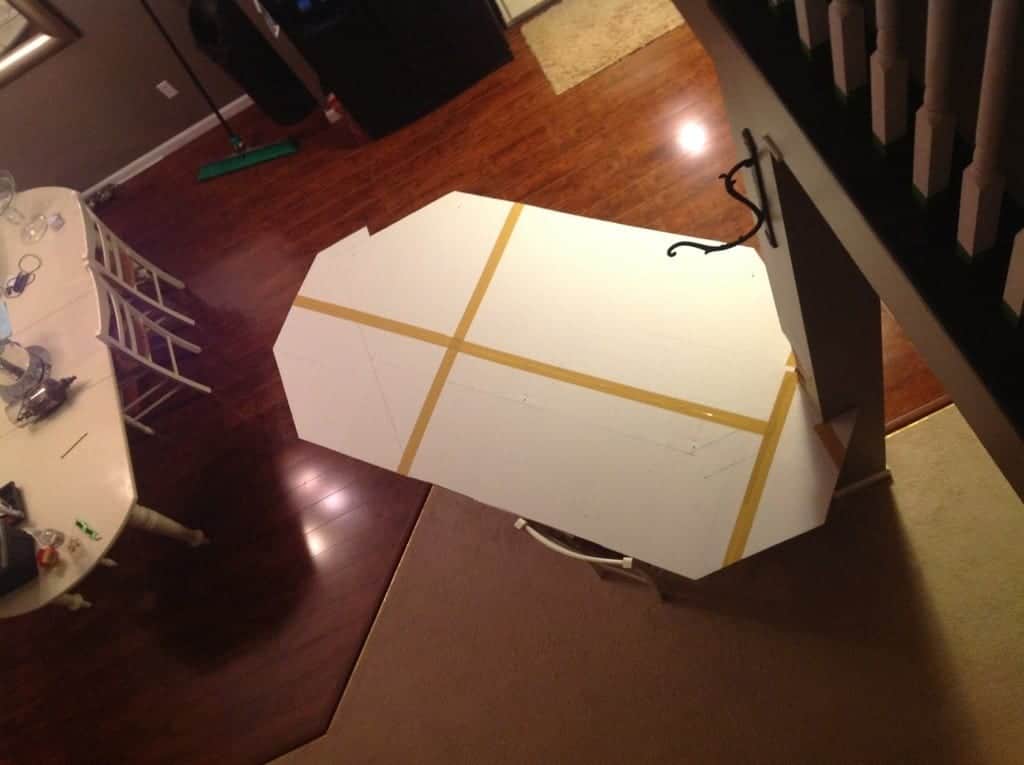 Our trip to Pittsburgh Ikea (130 miles one way) produced two very nice walnut countertops. A single countertop unfortunately was not wide enough to cover our island, so we had to buy two to splice together. (Island width was 45″x80″ for more legroom and a 15″ overhang). 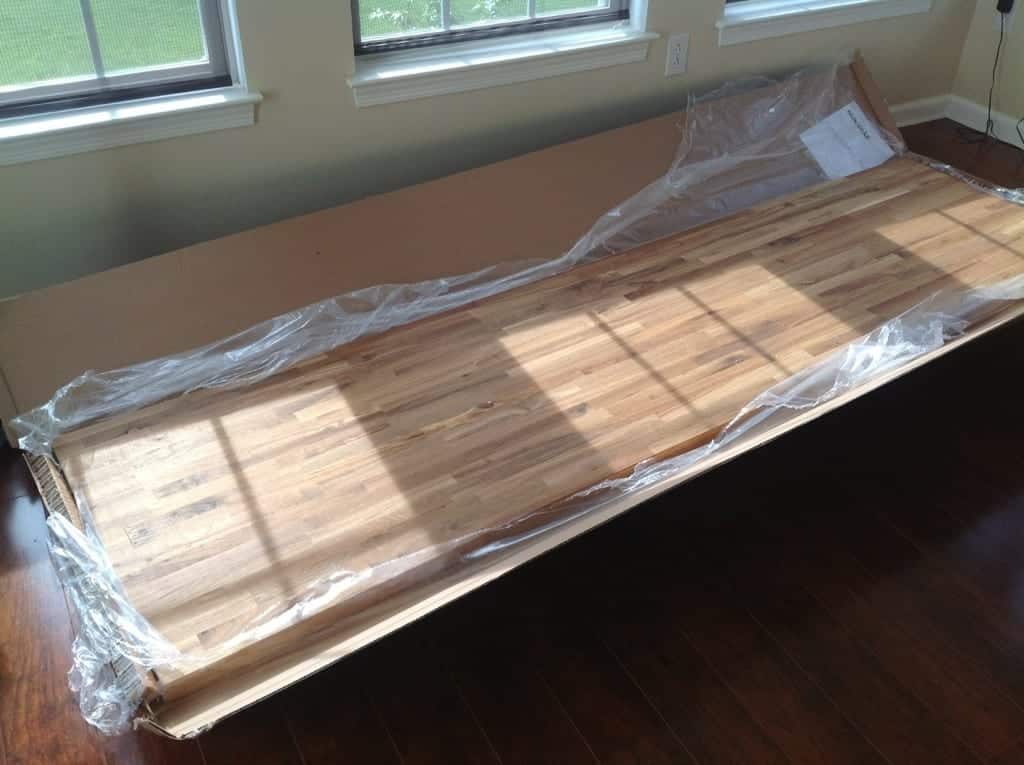 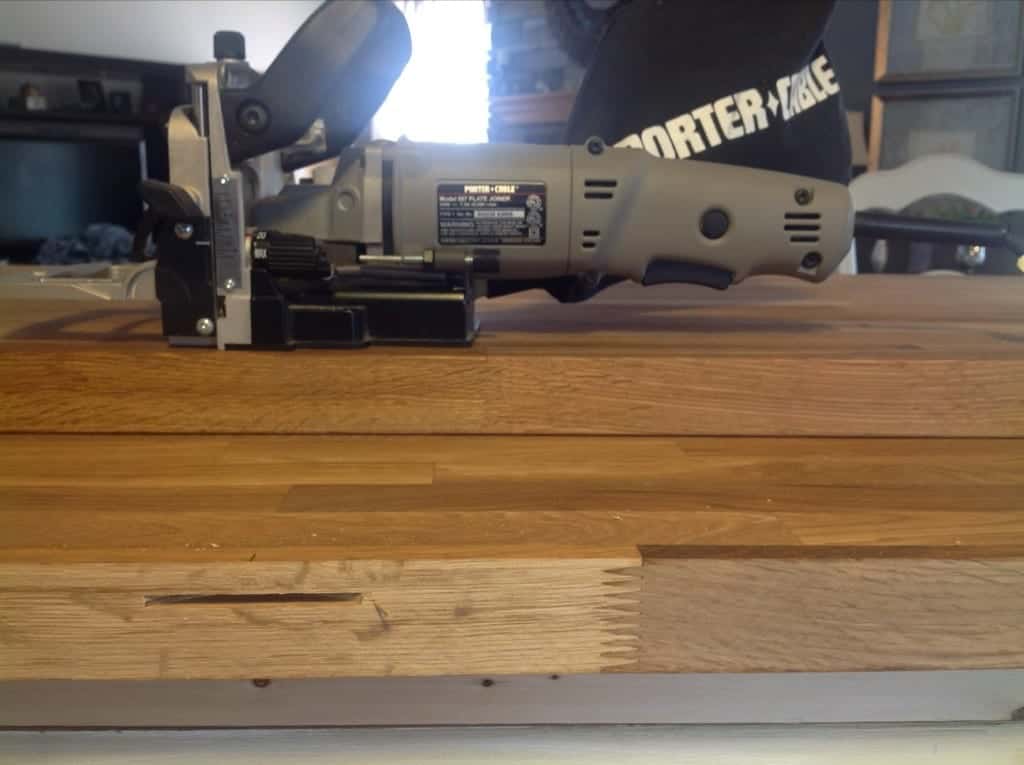 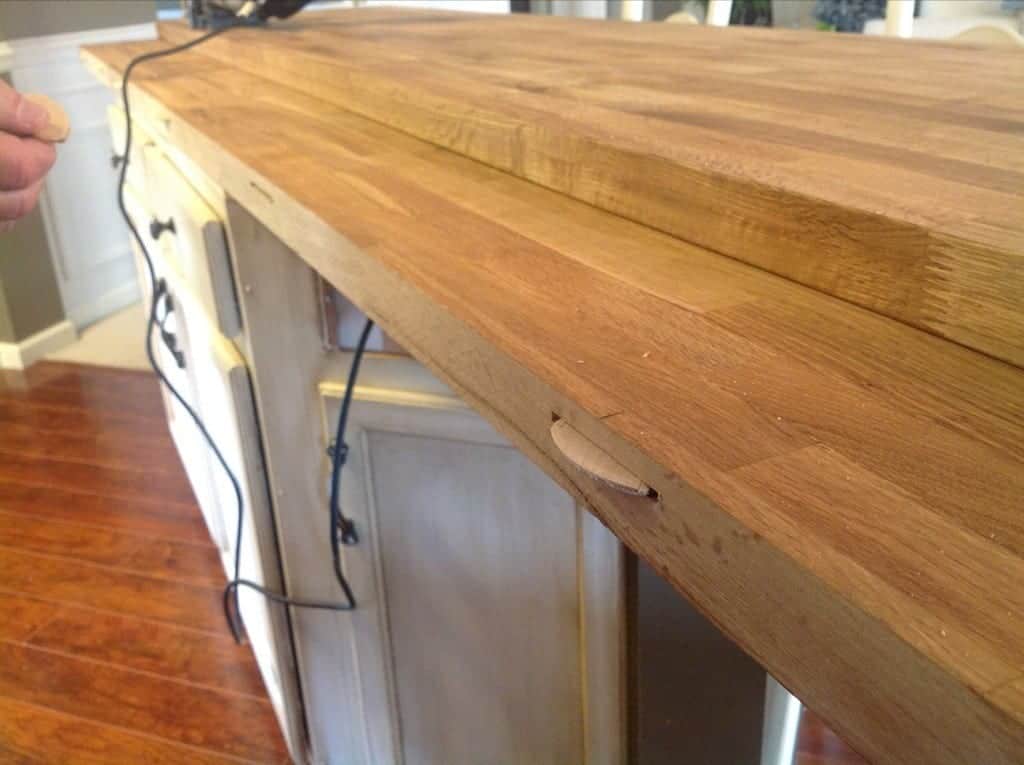 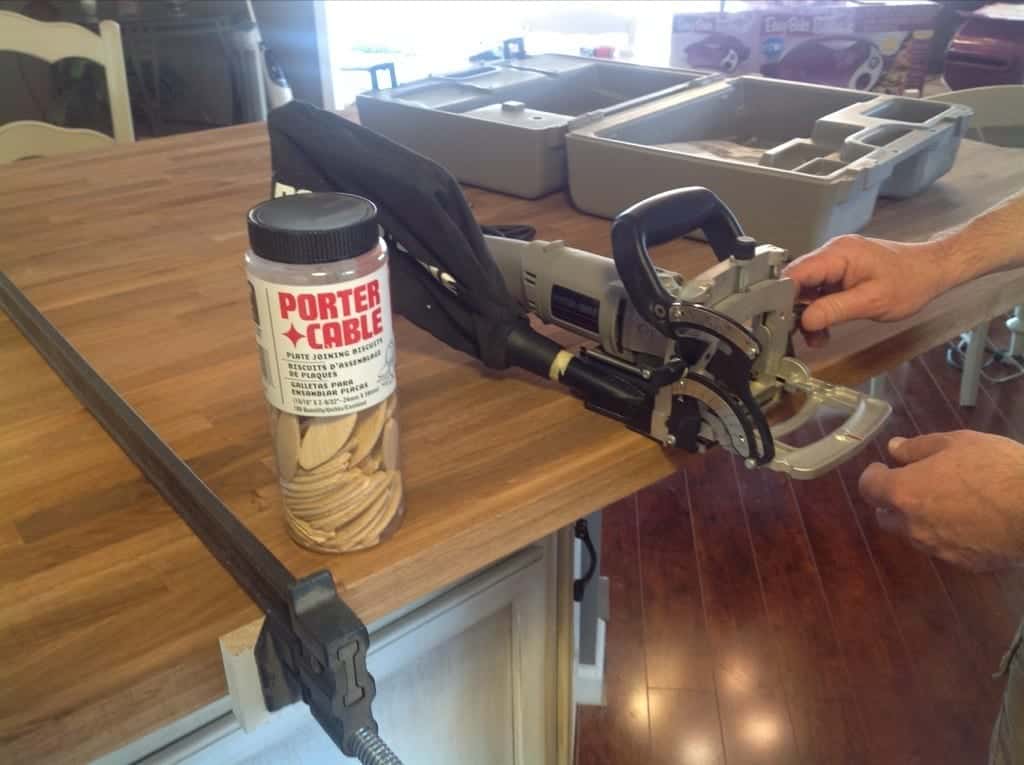 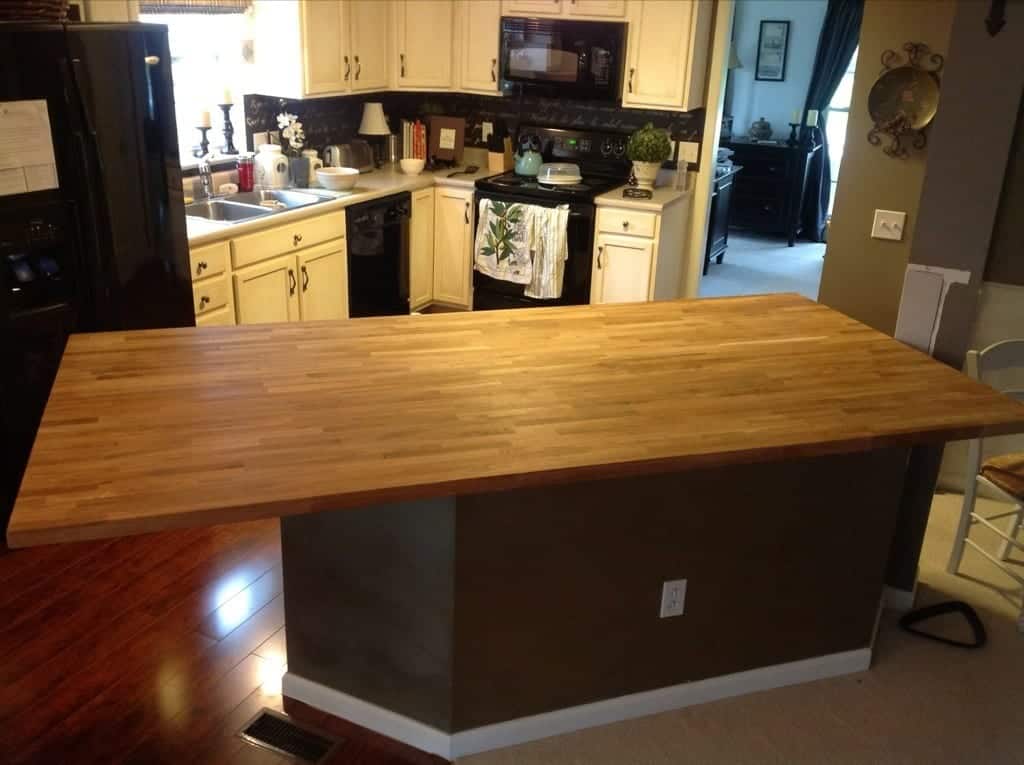 Once it was glued, we placed the template back on top and traced the shape, then cut using a jigsaw. View from the loft… 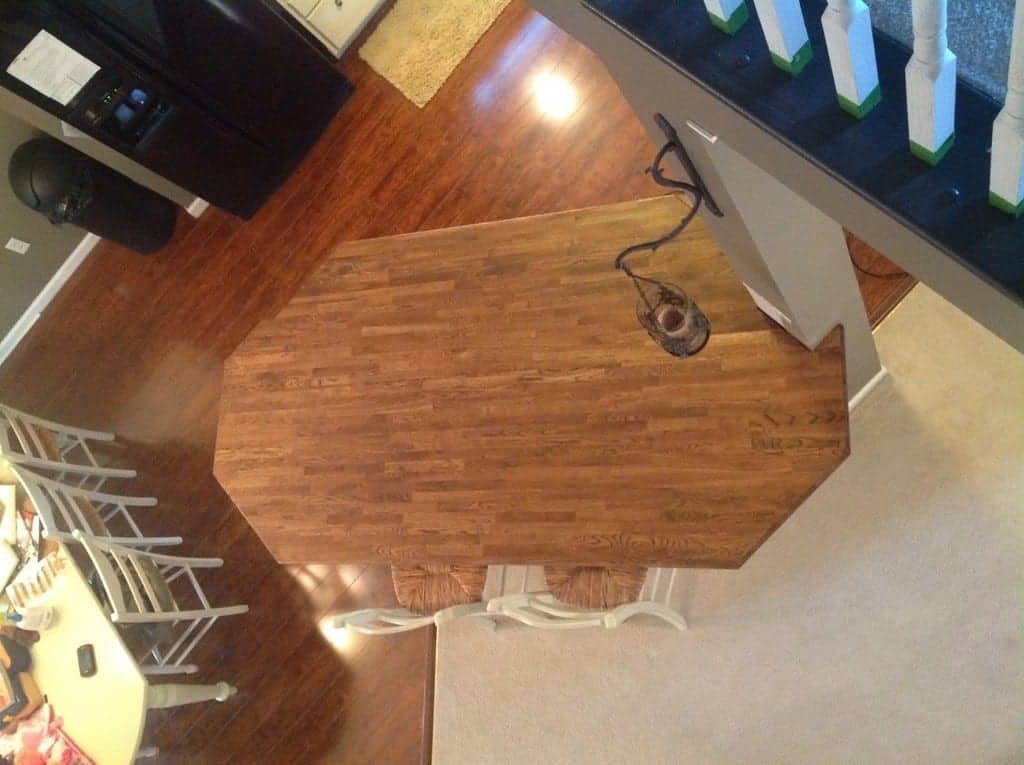 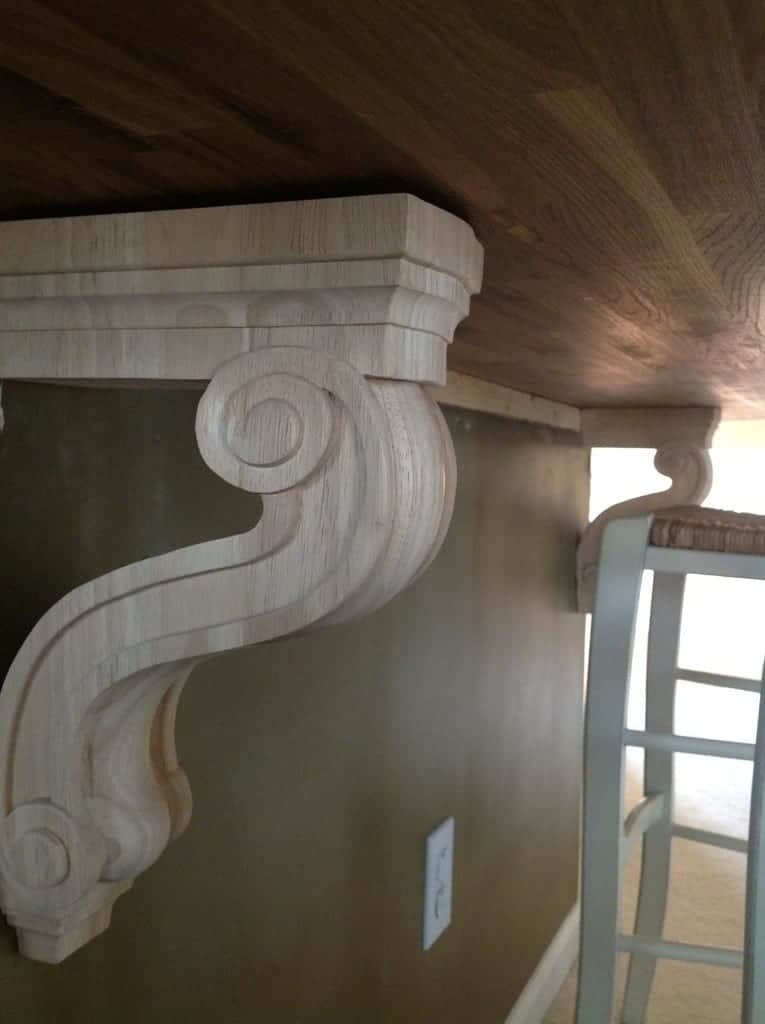 Cardboard from JoAnn Fabrics (large enough to make a template).

Best Tutorial: How to Install a Butcher Block-Countertop (from This Old House) 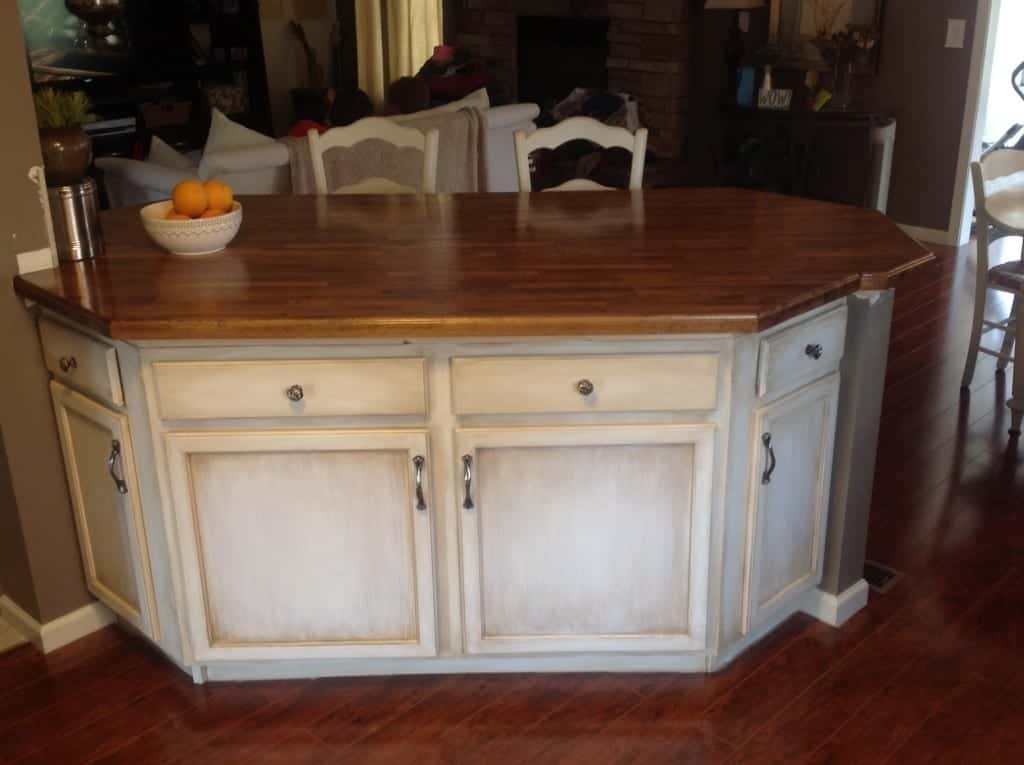 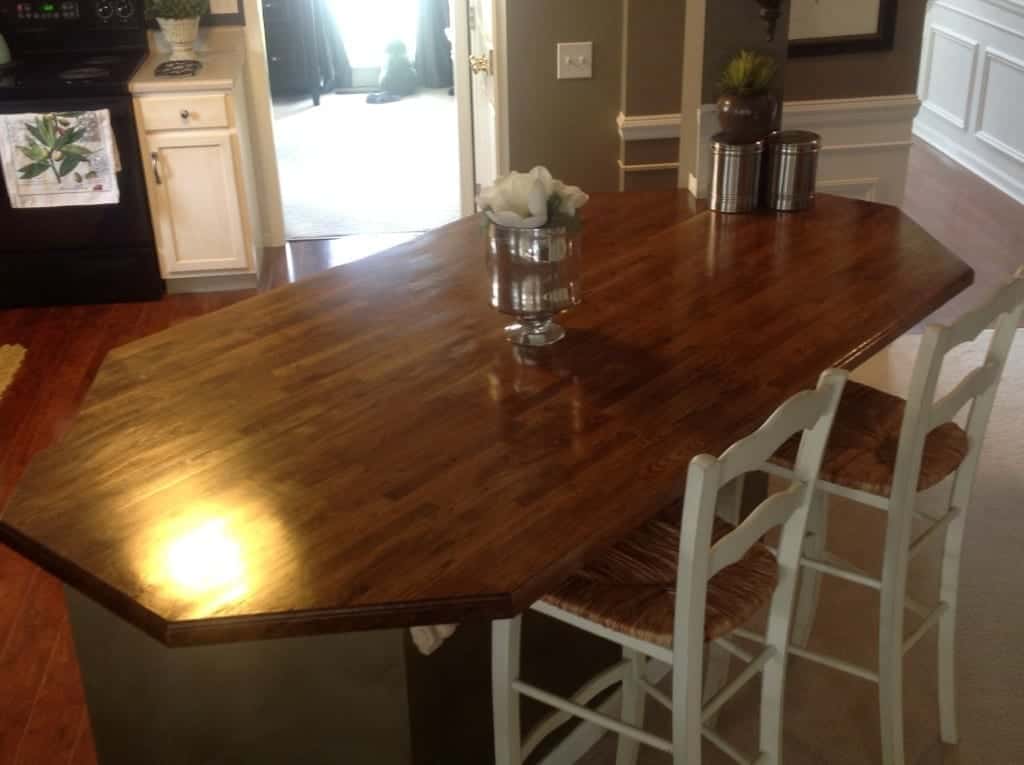 We ended up replacing these chairs with new ones from World Market. 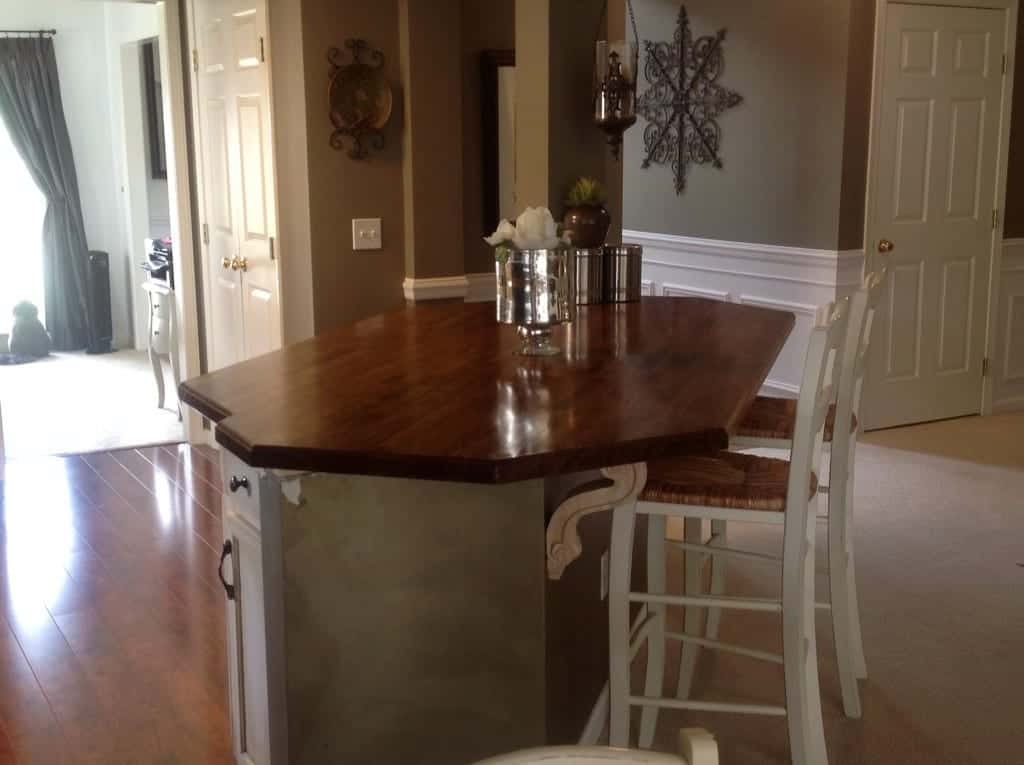